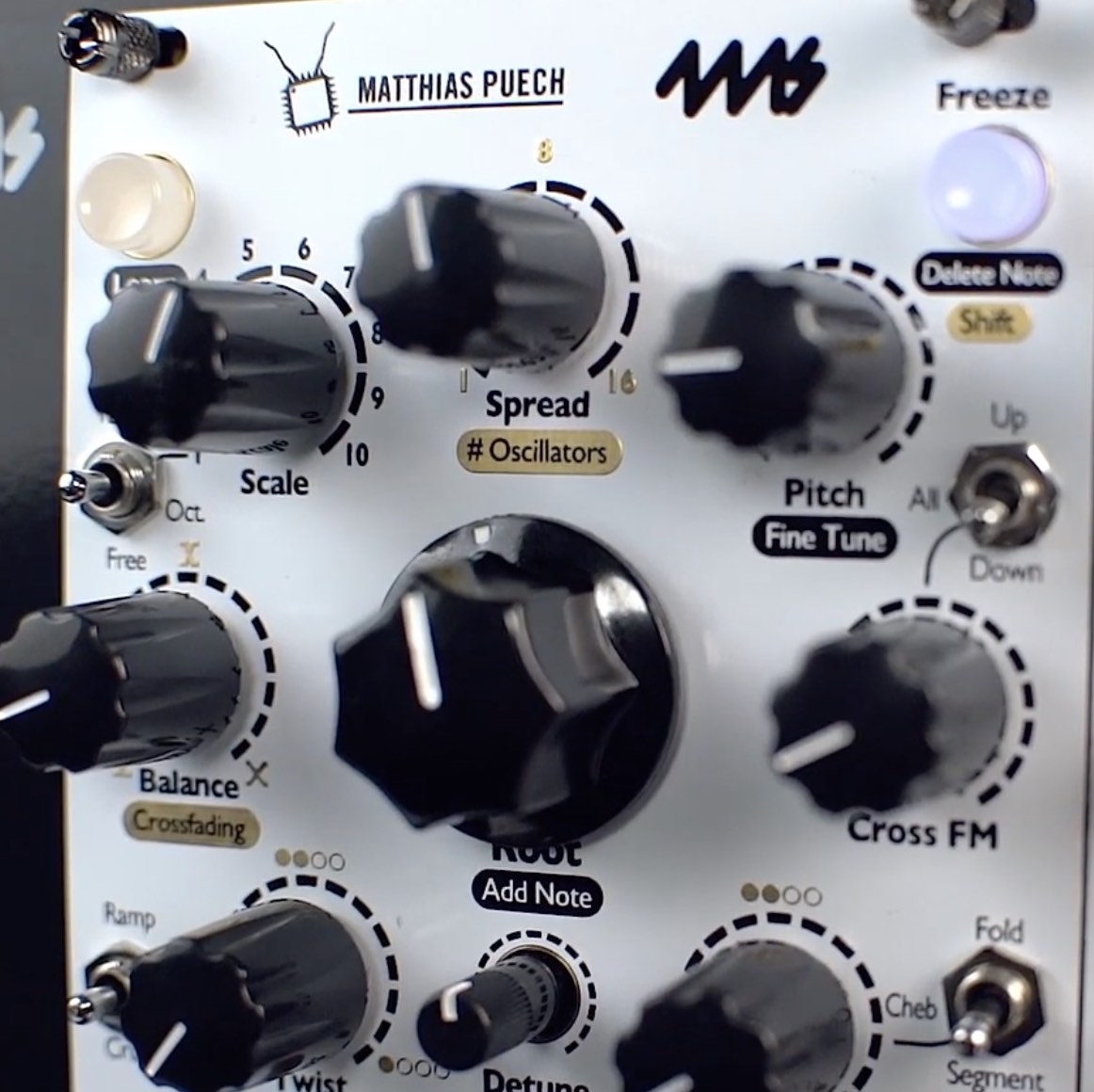 Co-designed and developed the Ensemble Oscillator Eurorack module, manufactured and commercialized by 4ms. The Ensemble Oscillator is a unified polyphonic voice of sixteen complex oscillators combining additive, FM, phase-distortion and wavefolding synthesis techniques in new unorthodox ways. By quantizing the oscillators to scales or series of harmonics, the Ensemble Oscillator allows you to explore the sonic boundary between musical chords and rich evolving textures. Easily create a wide variety of sounds ranging from aggregates of pure sine waves to pulsar synthesis or pristine harmonic tones and lush wide chords to rich dirty drones and rumbling glitches. Custom scales can quickly be “learned” and saved using a CV keyboard or by manually entering notes with the controls. 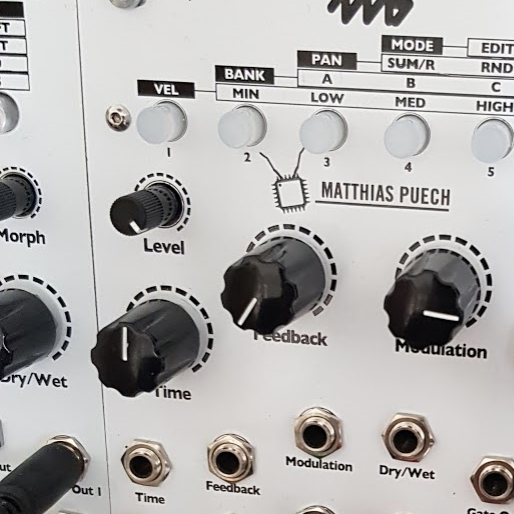 Co-designed with 4ms and developed the Tapographic Delay, a Eurorack module manufactured and commercialized by 4ms. The Tapographic Delay is a complex multi-tap delay in the Eurorack format with a unique interface designed for live performance. It excels at transforming the simplest audio (a drone, a percussive sound) into complex rhythmic structures, meshes of organic textures, lush harmonic mille-feuilles, liquid and resonant effects. The Tapographic Delay is an expressive experimental instrument meant to be played in real-time, rather than a set-and-forget end-of-chain effect. Up to 32 taps per configuration, smooth morphing between configurations, two feedback paths, and much more. 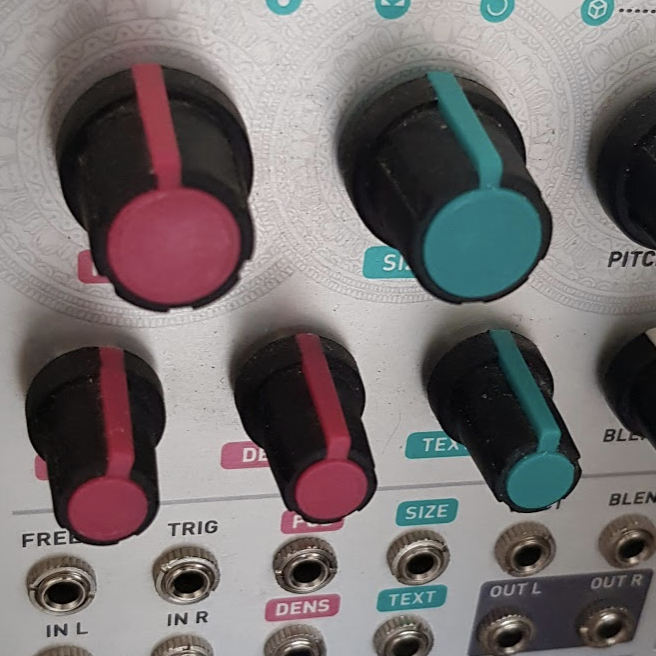 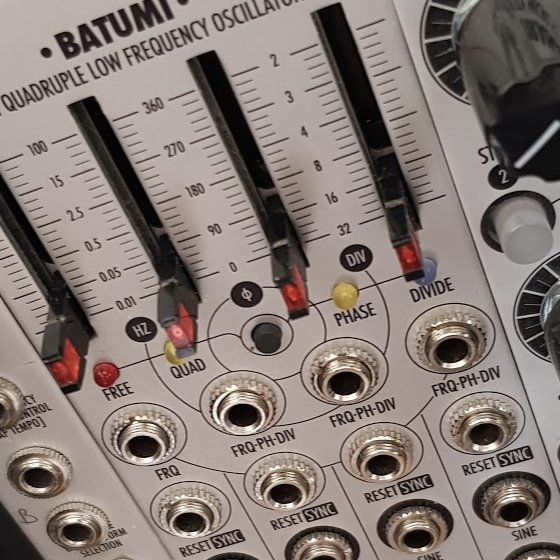 Re-developed from scratch and improved upon the main firmware for this Eurorack module, starting from the existing hardware, and developed an alternative “expert” firmware for Xaoc Devices, adding advanced functionality. The open-source code can be found here.